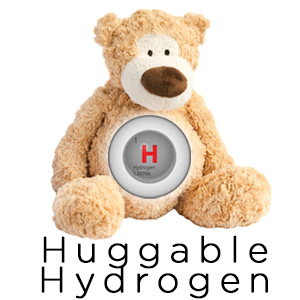 I must admit that when I first heard about hydrogen fuel cells, the first thought that came to mind was the Hindenburg. Images of the flagship bursting into flames and crashing to the ground were quite unsettling. Then, of course, there’s the hydrogen bomb — which ranks right up there with the atomic bomb in everyone’s minds.

But, hydrogen is just as safe as gasoline, or even safer.

First, let’s dispel misinformation. The Hindenburg disaster was not the result of a hydrogen fire. In 1998, Nicole, my eldest daughter, met with Dr. Addison Bain in Washington DC where he shared with her his discovery that the Hindenburg caught on fire for two reasons: it began with the decision to change the envelop doping process (they used flammable paint) and ended with the decision to change the final landing procedure. Read Bain’s book, Hindenburg: Exploring the Truth, to learn more about what really happened.

If you spilled one gallon of gasoline and dropped a match on it, you would have a huge flame. But, if you leaked one  gallon of gaseous hydrogen, it wouldn’t pool on the ground like gasoline, instead, it would shoot straight up into the atmosphere at about 45 miles per hour because it is lighter than air.  If you tried to light it with a match, the hydrogen would long be gone before you could ignite it.

Hydrogen tanks are designed so that in the event of an accident, the tank would leak hydrogen and it would simply go up into the air. Hydrogen explodes when it is compressed in an airtight container. Honestly, I would feel much safer driving with a tank of hydrogen in my trunk than a tank of gasoline.